10 tips to making Leon’s Triathlon your best event ever

Posted at 20:05h in Community by Jim Jano Janesheski
2 Likes

Today, you’ll look at 10 tips to making Leon’s Triathlon your best event ever. But it’s the backstory of this special event that inspires so many people to ask how they might get involved. This blog will share with you the story of Leon’s and why so many people are inspired to participate.

I think you’ll agree with me when I say that Northwest Indiana and Chicago were built on commitment, dedication, and the American dream. Its people sweat patriotism. From this heritage, a special event called Leon’s Triathlon was created in 1983 as a means of paying tribute to the 15 million WWII soldiers that never saw their 21st birthday. 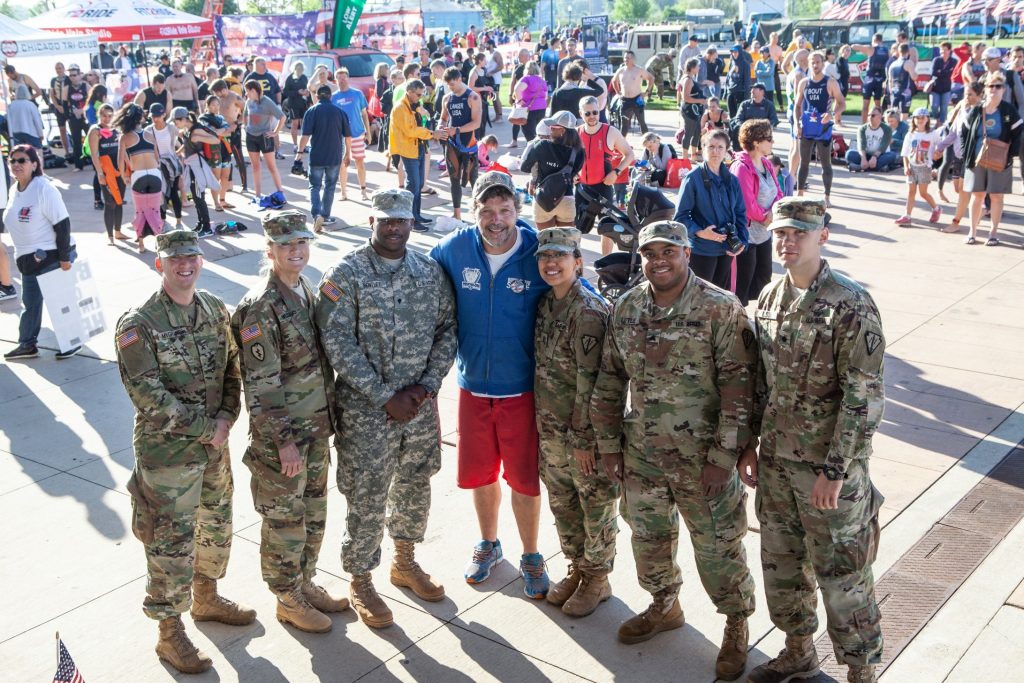 Although the nationally respected event has earned national acclaim and is known as “America’s Race,” this Northwest Indiana triathlon has held on to its core values.  This triathlon is meant for every level of athlete- from beginner to expert. 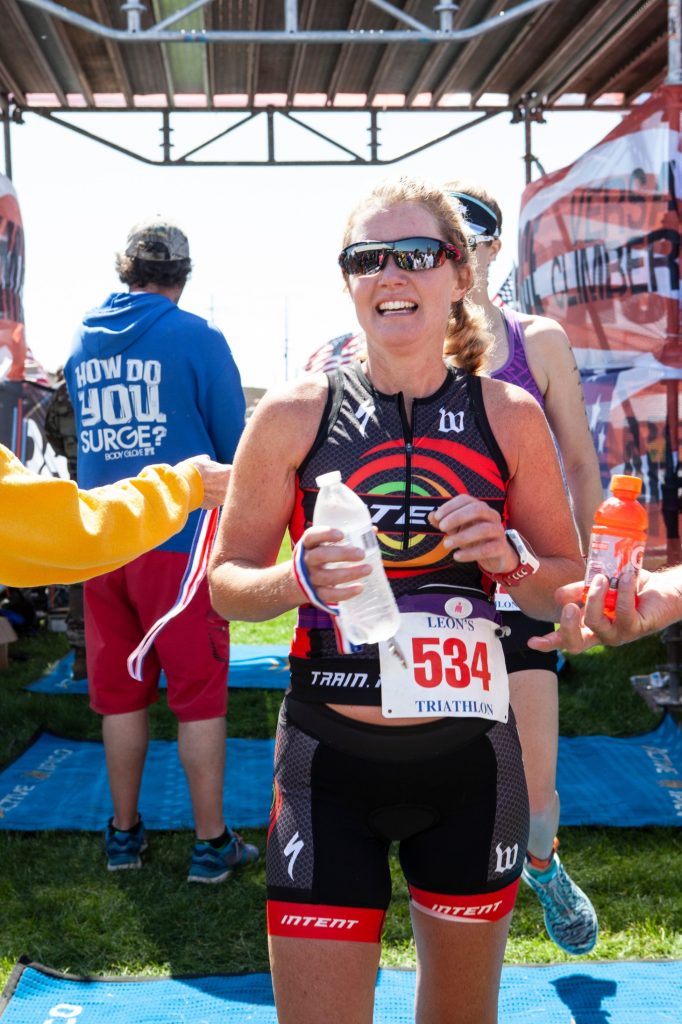 It’s also meant for disabled veterans, folks that want to show their patriotism, and people that are inspired by the sense of self-esteem that comes from helping others.

Today, you’ll look at 10 tips to making Leon’s Triathlon your best event ever!

Leon’s is for beginners, experienced, teams and disabled veterans 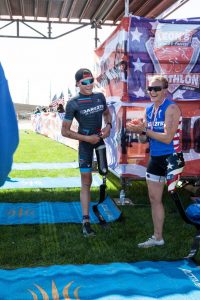 Just ask Leon Walek what his Triathlon stands for, and you’ll quickly learn why the Triathlon has grown from a small triathlon in Hobart in 1983 to an event that is often called America’s Race.  And why not, the race was founded as a springboard to honoring injured veterans in need of the most help. 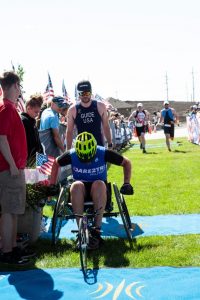 Leon’s passionate pursuit to seeing his event go national was not a means of creating fame and fortune, but rather as a sense of patriotism he learned from his father. Leon’s father was a member of the greatest generation and veteran of WWII. 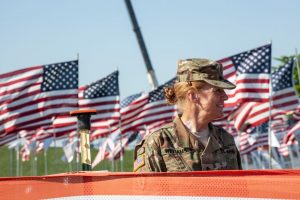 The dedication and tenacity of a triathlon is the perfect venue to capture the commitment and sacrifice of our American veterans and war dead.
Leon’s drive paid off. Leon’s Triathlon remains 100% dedicated to the support and empowerment of the US military and veterans. 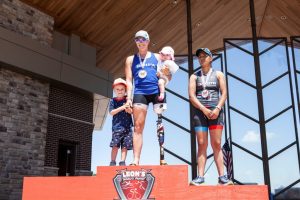 If Leon wanted recognition for our American heroes, he is leading the race. The Hammond triathlon on Wolf Lake is televised on NBC Sports and the subject of a documentary in production.
But don’t confuse Northwest Indiana’s best triathlon as an event just for elite athletes. This event has stayed true to its origins and is the perfect opportunity for athletes of all levels. Many participants have never competed before they started training for the annual Indiana triathlon.  Leon’s Tri First Timers’ Program is perfect for beginners. It’s a fun way to get in shape with others. Triathlon training is fun!

In this video, you’ll meet Leon and learn why this event is so special

It’s a fun way to get in shape with others. Triathlon training is fun! 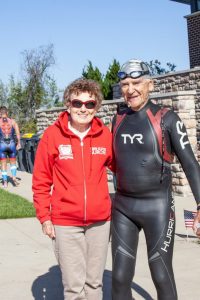 People often ask how they can help or volunteer. …. just showing up with a hand-made sign of encouragement is always appreciated by these brave men and women. 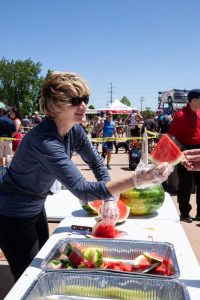 Today, you’ll learn where to pick-up your packages, how to train, what team events are available, how someone can volunteer, sponsor and make a difference.
But first, lets look at 10 tips to making Leon’s Triathlon your best event ever.

10 tips to making Leon’s Triathlon your best event ever

According to Leon, “we have specially curated a first timers’ program for law enforcement personnel. Can you do a triathlon? Yes! Will you do it alone? No! We’re here to support you from registration to the finish line.”

Leon’s is proud to work with Team Blueline, a Non-Profit Foundation with the goal of raising money to help the families of law enforcement officers who have selflessly given their lives in the line of duty. 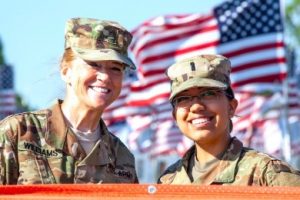 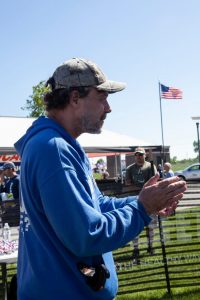 Volunteering for Leon’s Triathlon is a great way to get involved and show your support for participants and the Military Veterans the event is meant to honor. Northwest Indiana’s best triathlon would not exist without the support of community volunteerism. This Northwest Indiana and Chicago triathlon needs everything from race officials to fans that show up to encourage our Military Veteran athletes… it will make you shed a tear.  Learn more. 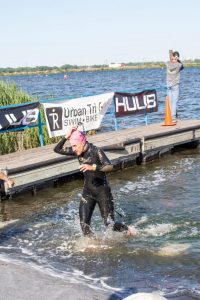 Corporation’s with strong patriotic cultures tend to find Leon’s Triathlon a great fit for sponsorship. If your company is committed to partnering with an event and include using your resources to support success, this just might be an ideal venue for your programs.

Leon’s Triathlon is all about the American flag and creating an event that honors the people that fought for it.  Sponsors such as Griegers Motors do more than just donate vehicles, they donate their leadership and time. You’ll see iconic Jeeps and Rams surrounded by American flags as course markers. 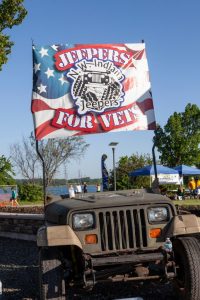 Companies like Sam’s Club Foundation and Home Depot Foundation offer generous support to the event, but more significantly, they support our veterans through outreach programs that assist these great Americans.  They create jobs, building mobility ramps and assuring a quality of life these heroes deserve. If supporting patriotic businesses that pay it forward is your bag, you’ll want to visit our significant partners, including, Wired Athletes, Rags of Honor, Road Home Program, USO, Empowering Patriots, Luke, Veterans Roasters, Lucas Oil, and VersaClimber.

For those that seek the self-esteem that comes with helping others, consider thinking outside the box. Consider donating bottled water. Volunteer your time. Create encouraging signs for the veterans that finish the race. Sometimes the best support comes from thinking outside the box.   This very blog was donated by Griegers Motors, publishers of the popular Northwest Indiana blog, Cool Cars…No Boundaries. 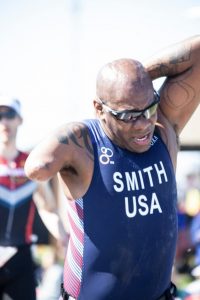 Signing up for America’s Race is one click away.  Here’s how…. 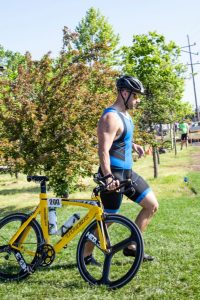 Packet Pickup Will be Held at Four Convenient Locations-Learn more

The Official Hotels of Leon’s Triathlon come with savings. Looking for some post-event comfort?  Try these!  Learn more
Fairfield Inn & Suites Chicago Southeast/Hammond, IN
COURTYARD by Marriott,  Hammond, IN
RESIDENCE INN by Marriott, Hammond, IN
Ramada by Wyndham Hammond Hotel

So there you have it… 10 tips to making Leon’s Triathlon your best event ever. Leon’s Triathlon has something for everyone. People looking to get in shape, elite athletes, folks that are inspired by patriotism or helping others and businesses that want to pay it forward.

Jim Jano Janesheski is the author of Grieger’s popular blog, Cool Car…No Boundaries. The monthly blog looks at Northwest Indiana’s top things to do, including restaurants, music venues, events, and cool cars. Jano is also a published author and creator, director, and producer of Making Paradise- Nominated-2017 PAECA Academy Award for Best Documentary. His firm Jano-LLC, is an SEO/Marketing firm in Valparaiso. 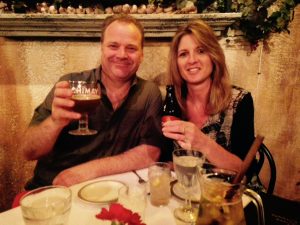